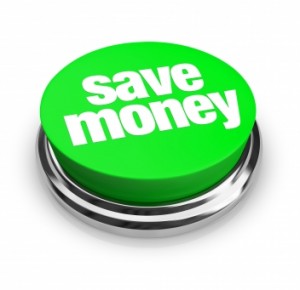 Meir Statman is a finance professor at Santa clara University. According to Money magazine, he’s one of the most influential experts in behavioral finance (how your emotions and beliefs affect your decisions about money.) Statman thinks America needs to move from the polite nudge of encouraging people to save for retirement, to perhaps a push, and maybe even a shove.

Statman states, “People who save end up supporting non-savers.”

I’ve seen it. The parent who saved all their life, and their kids who are in constant need of support. Finally, the kid moves in with the parent. The agreement is for the adult child to put aside money, to build a nest egg while the parent helps them out. That’s not always how it goes. The adult child gets new clothes, travels, and spends time with their buddies doing activities that cost money. The parent has lost the deal, and most likely, the adult child has little money saved, even with their bills being paid.

People who are savers will save with a push. Just a nudge will do. They get the concept of needing money to function in this money-barter system we as humanity have agreed upon. More than half of the population, however, seems to be in crisis mode. They have no plan. They go for instant gratification rather than saving for something, especially retirement, which seems so far off, and so vague. What does “retirement” mean? For some it’s only about big vacations, or living a long time. And people will justify their lack of saving with, “I don’t travel.” “I won’t live forever.” “I’ll re-marry rich.” Oh, really? And then they meet the person they want to spend the rest of their live with. That person has saved money (for one), likes to travel, plans to live into old age, and isn’t rich (by the non-saver’s standard.)

Here’s what Statman proposes: Set a low minimum (8%) for a mandatory savings plan off one’s income. Other countries such as Israel and Australia set 15%. This would be on top of social security. People scream foul. They say it’s paternalistic. But, if they’re not saving, they’re relaying on others to carry them. By having a mandatory savings program, people are prevented from temptation now, to have it later.

Let’s say someone is honestly, super tight on money. Don’t start at 8%, but start somewhere! So many people say they can’t. It’s not the guy who socks away $10,0000 every couple years who comes out ahead. It’s the guy who consistently socks away $50. or $200. a week.

Statman says, “When people are feeling poor, they are willing to take more risks. You can have two people each earning $100,000 a year: One of them says, “This is plenty.” The other feels behind. That one is more willing to risk losses in the hopes of reaching his or her aspirations.”